Why Didn't I Stitch Last Night? 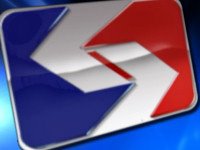 Oh right, it was the three and a half hour commute home!

Last night, there was an electrical wire down on the tracks and no trains were running. I got to Suburban station at 5:15. I got in the Great Valley Flyer (GVF) line.

At 5:45, they told us the trains weren't running. I called my cousin and the dude to tell them about my predicament. The dude worked late and had expected that I would pick him up at the train station. I talked to my cousin, but left a message for the dude. Fortunately, I wasn't one of the people whose mobile service was overloaded.

At 6:15, they told us the GVF was cancelled, and we needed to get a local train. A couple of hundred people shift lines.

At 6:55, the dude calls looking for me to pick him up in Malvern, two stops short of where our car is parked. He doesn't quite get it that I'm still at Suburban Station. "But you left two hours ago!"

At 7:05, the dude calls to tell me they are running his train to all the way to Downingtown. I have learned that my train will run as far as Paoli, which is a whole lot closer to home than Bryn Mawr.

At 8:00, the dude calls to tell me he can't find the Paoli station. He is at the corner of Lancaster and the station--literally on top of the station. I ask, "Can you see Cowboy Tattoos?" He says, "Yes! Do I take a right?" "No, you take a left." "Damn, I'll have to turn around."

I did have a stitching project with me, but the station was dark and crowded. Plus for the first 45 minutes of the ordeal, I sat on the floor. Fortunately, I had also brought a book--which I almost never do. ESP?
Posted by Anna van Schurman at 3:04 PM
Email ThisBlogThis!Share to TwitterShare to FacebookShare to Pinterest